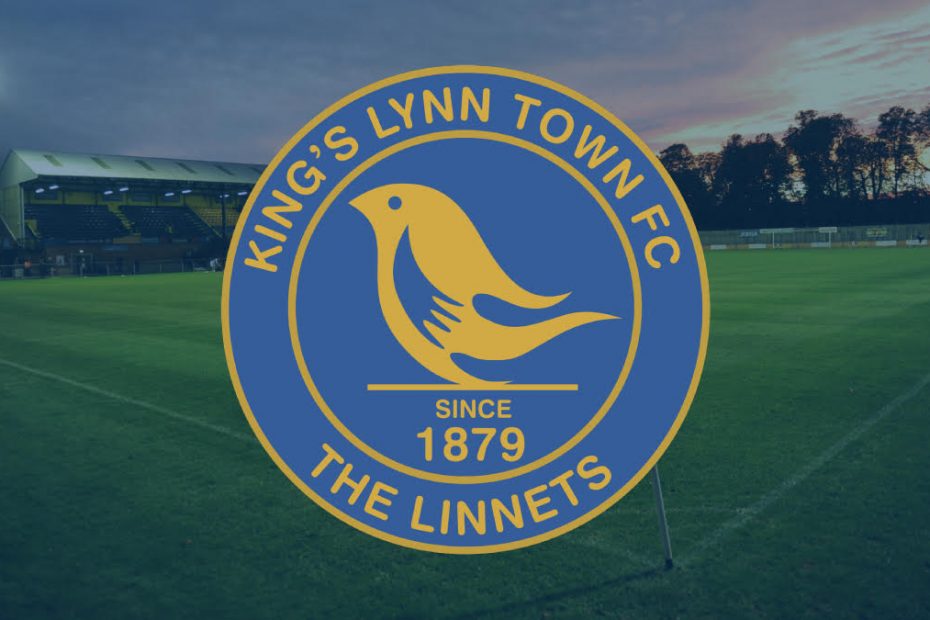 King’s Lynn Town FC have today launched the ‘Linnets Donation pledge’ scheme which they hope will give assistance to their  current financial plight  following the ongoing pandemic situation which has seen only one fixture with a crowd allowed inside the stadium this season, and the announcement of the National League’s resolution last week that the league should continue despite financial help being offered to clubs only in the form of loans and not grants as had been the case between October and December.

Speaking at the launch chairman Stephen Cleeve said ‘Through no fault of it’s own the club has found itself in a position that it can no longer afford to participate in the National League without the assistance of monies in a grant form.  If the club took a loan in the current circumstances it would saddle it with a debt which would be around it’s neck for many years to come. Add to that the Prime Ministers announcement that supporters will not be allowed into sports grounds until at least May 17th , meaning we could have possibly one game this season with a crowd on May 29th , which even then would be limited.

The Linnets donation pledge is a way for not only supporters of King’s Lynn Town , but supporters of football around the county, the country and even the world to rally and support the club in these very difficult times.

Priced at £300 each, the pledges  are available to purchase by clicking the link HERE which is on our website www.kltown.co.uk. As a way of saying thank you for your donation I will allow entry to the next ten games played at The Walks. This may be the Aldershot fixture at the end of the present season or the pre season games and early league fixtures of season 2021/22.   It would be fair to say that unless a substantial amount of these pledges are taken up there is no guarantee that we will be able to continue this current season. I have also estimated that it will cost around £100,000 if we do not continue the season.

I thank you in advance of your donations to our tremendous club.’

One of the first people to donate is Kevin Dack, Assoicate Director of Norwich City Football Club, who said ‘As a Norwich City supporter and general football fan of 50 years it is very frustrating to view the challenges faced by King’s Lynn Town and other similar Community Football Clubs in the face of the pandemic. In general, I would have hoped that football in a wider sense and/or the Government would have resolved the issues. Community Football Clubs are a vital resource which we must seek to protect. In that spirit I am happy to make a £300 contribution to King’s Lynn’s fundraising initiative and wish them well in their bid to retain their recently achieved status within the National League’