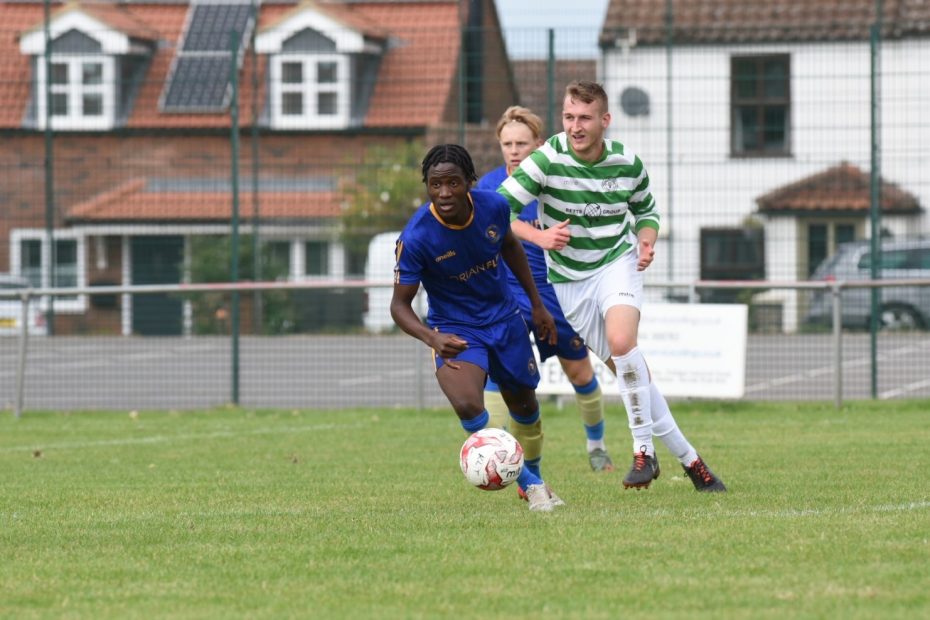 The Under 21’s can count themselves very unlucky not to have gained a point from their opening Thurlow Nunn Division One fixture with Framlingham Town on Saturday.

In a match played at their new home of Downham Town’s Memorial Field, the Linnets youngsters created most of the chances in the first half but were unable to convert any of them.

Town began the second half strongly but were caught out by a long ball down the middle which the visiting centre forward controlled well and produced a lobbed finish over an advancing keeper to put his side ahead. After that Alex Walpole headed a great chance over the bar for the goal that would have made the scores level. Despite the home team controlling the remainder of the play the goal they deserved never arrived.

Next up for the U21’s is a trip to Needham Market Reserves on Saturday.