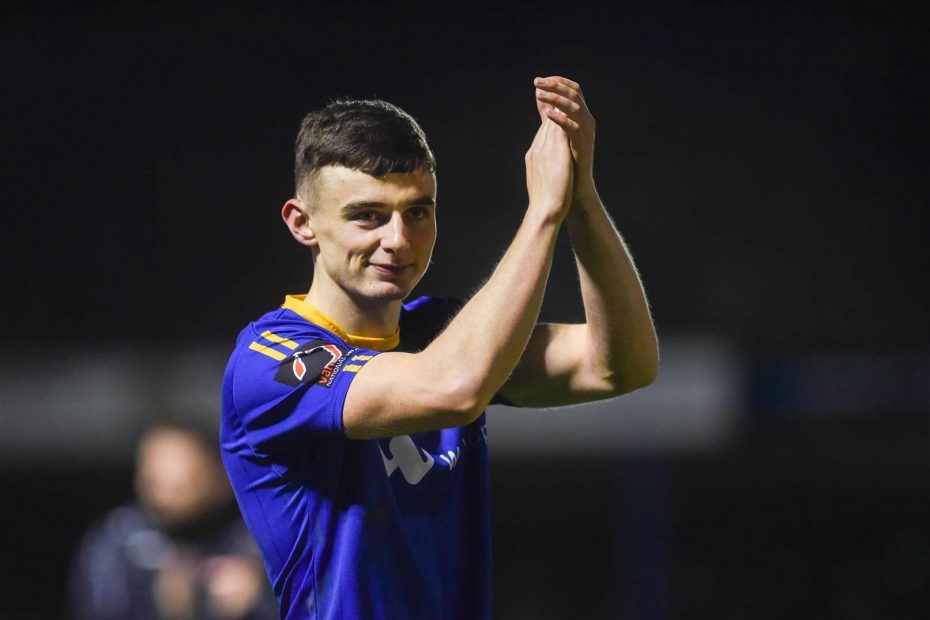 Exciting winger Simon Power is on his way back to The Walks from Norwich City after both club’s agreed a deal that will see the 22 year old spend the season in the Blue & Gold for the next season .

The 22 year old made a big impact with The Linnets when he joined the club on loan in January, when he made 8 appearances, scoring 2 goals in the memorable win at Gateshead in March. The Republic of Ireland international who has 8 caps across Under 18, 19 and 21 levels was a popular addition to Ian Culverhouses squad and to the club’s supporters who enjoyed the wide man’s raw pace and direct running.

Speaking following the announcement The Linnets director of Football Rob Back said ‘ We are all delighted that Simon will be coming back to us for next season. The exciting thing is that we only saw a glimpse of Simon in his short spell with us and we all look forward to seeing him back in the Blue & Gold’.

The club wishes to thank Stuart Webber,  Neil Adams & Dan Chapman for their assistance in securing this deal